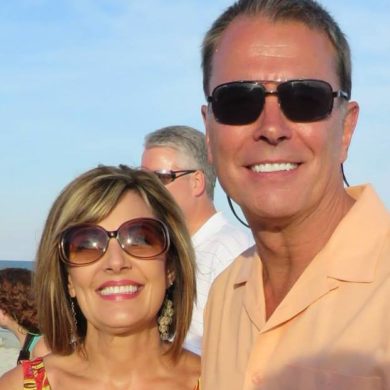 Mark has been a home brewer for over 45 years. Mark started beer research using a computer with a massive 4MG of RAM with dial up connection, brewing with liquid wort, bread baking yeast (one strain) and no hops, how things have changed (but not his computer). Mark brews a wide selection of styles seasonally influenced using 2015 BJCP guidelines as target. Mark's preference to imbibe is also seasonal. Mark is also a purveyor of Cask Ale (naturally carbonated, unfiltered and unpasteurized) on return trips to UK with wife Debbie (partner that is more beer critical than he) they have visited over 136 different Cask Marque Certified Pubs, (English audited recognition program of beer serving, storage and excellence). He is also a hobbyist in Bee Keeping currently with 5 hives. Over 2 years ago he converted over to BIAB with a goal of reducing the brew day, equipment profile is simple. Mark also judges at AHA/BJCP sanctioned events with over 400 beers scored and surprisingly he prefers to judge home brew over commercial, as generally it is better!!