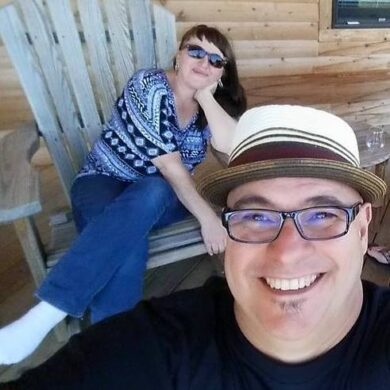 I started home brewing like a lot of folks did. I received a home brewing kit for my birthday in 2009. I immediately started home brewing extract recipe kits from the local homebrew shop. As my interest in brewing and beer grew, I wanted to learn more. I upgraded to an All Grain three vessel system I built from old damaged kegs. I also found out about a home brew club and decided to join. After a couple of years, I noticed that I had a lot of friends near where I live that home brewed. A friend of mine and I met for a beer and on a napkin, we started to write down some ideas about starting a homebrew club. After much discussion, planning, and support from other clubs I started the Upper Palmetto Zymurgy Club. Many contributed and helped get it off the ground in those early days in 2016. It has grown and been true to its name sake (Zymurgy – the science of all things fermented) and its mantra of being a homebrew education club. Thankful for all the friends I’ve made and all that I’ve learned from them. I continue to learn something new every time I brew. I currently brew on an all-in-one electric system which has simplified my brew day significantly. Keep brewing. Keep learning. And remember, RDWHAHB!